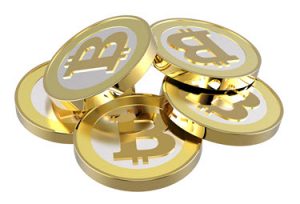 Bitcoin is a fascinating topic on so many levels. Bitcoin has the potential to reinvent the way purchases are made online, and it has the legitimate potential to reinvent the global currency economy. All of these things may or may not be on the horizon. Interestingly, many people do not want this to happen and many others are openly embracing the mainstreaming of Bitcoin. All in all, it is a confusing place.

What is going on with Bitcoin in the summer of 2017? Apparently, a lot, and it was not necessarily unexpected by many. The big change is the development or progression of what is being called the hard fork.

First, What is the Bitcoin Hard Fork?

The hard fork refers to a moment where the methodology for mining shifts from one cap to another. In essence, some miners would have a wide new cap while others would be limited in their function at a different level. It refers to BIP 91, which is a cap limit. Basically, miners would be able to implement about 80% of the processing power in the bitcoin system. The transaction capacity would also be improved.

The Bitcoin hard fork is offering different tiered levels of mining capacity for different users, essentially segregating the mining community. The problem is further complicated by the fact that miners need to embrace the methodology for it to work. It is similar to a game where both people can choose to steal and no one gets anything. If both choose to share, they split the pot. If one person shares and the other steals, the thief wins out.

The hard fork could create a permanent split in the community if the whole community fails to agree on its terms by use. There is also the matter of segwit2. It is an unsupported methodology in mining that can further split the community. No one wants it aside from a small segment of the community. But, its integration is still possible.

How does all this apply in action? Mining is a diverse topic area and the technical components are lofty. This touches on the process that makes Bitcoin in the first place, and how that plays into the hard fork.

How Bitcoins are Made?

The miners have caps. They can’t realistically mine over a certain amount per period. There are also larger caps to consider. This includes the total mining disbursement. It is a point where all the available coins will be relinquished through the mining process.

The time of complete allocation is nearing, and that will lead to one of two results. The first is a total explosion in the valuation of Bitcoin. The other could be a slow festering away, with many users sending their coins elsewhere.

It also matters on who is embracing Bitcoin in the corporate world and where it is available to be used legally. These things will matter, but it seems they come to a waiting and stalling point. Who is going to embrace Bitcoin and to what degree?

The hard fork is fascinating because it has the potential to take the entire matter to a whole new height. It allows the miners as well as the programmers to come to a fundamental agreement. If that happens, it allows Bitcoin to rise to stratospheric levels. This could be the incoming of a huge economic windfall or not. Time will tell.